You place a cookie in your mouth and apparently bite off a piece. Now while holding the cookie the bitten off section visually re-appears.

One at a time, four dice, each in their own container magically gather together with the "leader dice"!

Epinglé (pinned) is an excellent trick-gag to do before doing the cigarette in the jacket.

You ask a spectator if he can give to you his jacket..

While he is giving it to you, you say that his jacket is very beautiful and seems to be very expensive.

You are looking for the trademark but smile to...

"When THEIR phone is all you have, and you want to do MIRACLES, Inject is a NECESSITY!"
- Dan White

"Inject is natural, versatile and PERFECT. An app you will LOVE using!"
- John...

From SMAGIC PRODUCTIONS, we bring you SHY 2.0!

This is the second version of SHY by Smagic. With SHY 2.0 you can perform killer effects with a spectator's ring, signed coin, card corner, etc. SHY 2.0 is what you need to have with you anywhere, anytime. Imagine borrowing a ring or coin from your spectator....

Winner's Dice is a normal-looking die that can force ANY NUMBER between 1 to 6.

It uses a very special technology which makes our die fully examinable. The spectator can check the die and he can try throwing it to make sure the results are random. But actually, you are in control of the outcome! 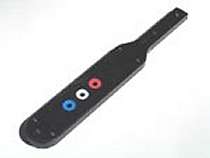 Push the limits of the impossible with this extraordinary challenge!

You place some bills/bank notes on the table and offer the spectator a challenge using HIS deck and YOUR money. The spectator is then free to mix, shuffle and cut his cards as many times as he wants.

The Challenge is very simple:...

BREATH by Peter Eggink and MagicfromHolland is yet again an AMAZING piece of visual magic AND also the PERFECT ICEBREAKER!

You can be the hero of the party and blow them away with BREATH.

Lots of (starting) magicians say it is hard to walk up to a perfect stranger and begin performing magic. Well guys... this...

You take a borrowed bill and show it all around.
You fold the bill in half and openly display it. In a snap, you move the seam (fold crease) to another edge.
You open the bill and now the left half of the bill is on TOP of...

How many times have you needed to make sense out of taking out a cup and some balls to perform the classic effect, Chop Cup? Those days are over!

Now you can perform all your favorite routines anywhere -- while you're at a meal, partying, or even if you're on the street and want to impress...

Sponges from the Mouth is the rare routine that plays as well for adults as it does for kids, is EXTREMELY deceptive yet easy to do, packs in your pockets yet can entertain 500 people, and can be learned and mastered before your very next show. This is Everlasting Sponge Balls.

A complete set of gimmicked dice to force any number between 1 and 6.

This is a tool and not just one effect in its self such as a thumb tip or coin shell.

Great for many magic and mentalist effects.