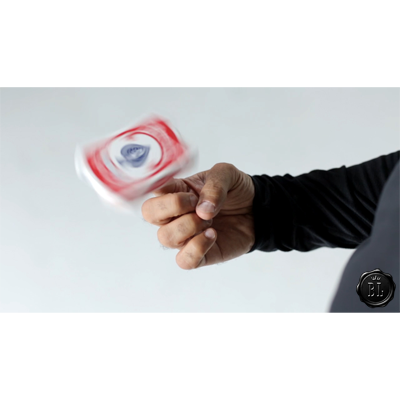 An effect so visual, so impossible, one could only describe this as a camera trick - except it isn't. INKLING creates a visually stunning moment of magic, as the ink on your skin appears to instantly move on your command!

The performer displays an ordinary table spoon and strokes it, apparently in an effort to make it bend just like the several spoon and key bending effects very popular with magicians. After 2 or 3 strokes SURPRISE!! The spoon suddenly transforms to a fork, which can be handed out for examination. We supply everything that makes the effect...

As many magicians know, coin gaffs can take traditional coin magic to extreme levels, yet they traditionally come with a hefty price tag. Mark Southworth took the best of the best in coin gaffs and infused them into a custom set of poker chips for a fraction of the cost. Sucker Punch is more than just a high quality yet inexpensive alternative...

The ability to bend solid objects has to be the most shocking effect to put into magician's arsenal. This has been accomplished with silverware. Now, add a Sharpie to your bending effects!

Besides, who carries utensils in their suits!?

Introducing Ulti Sharpie, the Sharpie you will carry with you everyday.

Rubik's lovers rejoice! The RD Regular Cube is here, and it's the first Rubik's Cube designed by magicians, especially for magicians.

Ditch those more expensive and sometimes messy speed cubes. These cubes can be completely customized for your needs, and boast:

What could be better than being able to make things appear and disappear at any given time? Transform an object into another, change the value of a bill, restore a torn card or picture... or even better: TURN A SIMPLE DRAWING INTO REALITY!

If you could s-l-o-w down time, this is exactly what it would look like!

"SO IMPACTFUL AND YET SO SIMPLE!"
- Cyril Takayama

"A brilliant new principle and performance that magic has been waiting for!"...

This will fry your spectator's mind!

It's the classic Princess Card Trick on a paddle! Astounding to the lay person, yet easy to do for the magician! You show a wooden paddle that contains six different mini playing cards on one side, and the same six playing cards on the other side. Ask a spectator to mentally select one...

Looking for a self-working trick? Here it is!

The Inexplicable Thrift Store Find, created by UK-based Mentalist Phill Smith, is a bizarre and intriguing self-working piece of magic. It is based around a fictional vintage novelty, the kind advertised in the back of the comics of yesteryear. The trick is a simple game - the...

Here are 8 Blank Cards to be used with the Haunted Box, so that you can create your own routines.

Due to their special surface, they can be written on and cleaned in a moment's notice!

One of the Blank Cards is gimmicked.

Here are some additional accessories for those who have purchased the Haunted Box.

This Extra Tag can be applied to your own routines for the Haunted Box. No instructions are supplied.

Lock It Black by Al Bach


A huge effect in a miniature size!

The performer opens a miniature padlock with a key. An elegant chain is then shown to the audience. The lock is snapped closed and is now held in the performer's cupped hand.

Now for the miracle... the end of the chain is slowly lowered into the hand holding the lock...

From the creator of Blistering, comes the best version of the coin-through-box that we have ever seen. If you are looking for a trick that you can always carry with your cards and that will fry your audience, Infiltrate is for you. Infiltrate allows you to drop a signed coin on the ground and, with no preparation, make it go through...

Show a completely empty and transparent glass. Drop a ball inside to show it naturally rolling inside. Remove the ball and cover the glass with a hanky. Place a coin on top of the hanky, allowing the hanky to fall to the bottom of the glass. Then drop the ball back into the glass. Incredibly, you'll be able to pull the hanky out of the... 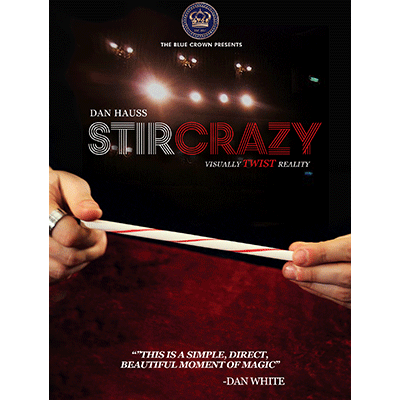 Drinking straws are everywhere. Millions of them are used each day in restaurants, schools, offices, and more. They're an incredibly common, ordinary item that nobody thinks about. That's what makes Stir Crazy so incredibly powerful. Instead of using cards, coins, or suspicious props, what could be more innocent than a straw?