This trick is not for everyone! If you're still living in the era of Reefer Madness then you would be best served to click away from this product page immediately. But if on the other hand, you're looking for a unique and edgy take on the classic sponge ball effect, then you're...

From the creator of Coin to Wallet and Osmosis comes MIRROR: Mini Rubik's cube.

Mirrors are magic because they duplicate and transform reality.

You will be able to achieve this with MIRROR: Rubik's cube: duplicate multiple...

TV Magic is a new illusion that combines the magic of Cinemagic Flash and the Super Coin Mechanism.

With TV Magic, a magician will be able to materialize up to 6 half dollar coins from an animated television screen. Special for close-up magicians who do coin magic or salon and children's magic. TV Magic is...

Whether you are a close-up worker, collector or street performer, you will be proud to own this hand-crafted set of cups.

One of the most original ring illusions in a new version!

You can clearly make a spectator's ring disappear and make it reappear inside a box drawn on a Flipbook as the final part of the story!

And the best part, the spectator shakes the box, hear until the last moment his ring moving inside, and finally takes it...

If you could s-l-o-w down time, this is exactly what it would look like!

"SO IMPACTFUL AND YET SO SIMPLE!"
- Cyril Takayama

"A brilliant new principle and performance that magic has been waiting for!"...

An instant disappearance or transformation of a magic wand into various objects! You are limited by the objects' size and your imagination only!

Find your own effect with our incredible Flash Wand!

Here are only a few effects we suggest:

- Total disappearance of the magic wand
- Transformation into a small...

The Finger by Leo Smetsers

Leo Smetsers this is an amazing effect that has tons of entertainment value.

Based on the classic stunt Leo has now taken it to a new le vel. With a great entertaining patter and a super fun kicker!

The Finger coins with all the high quality custom designed and manufactured coins and well as the custom glove and finger. 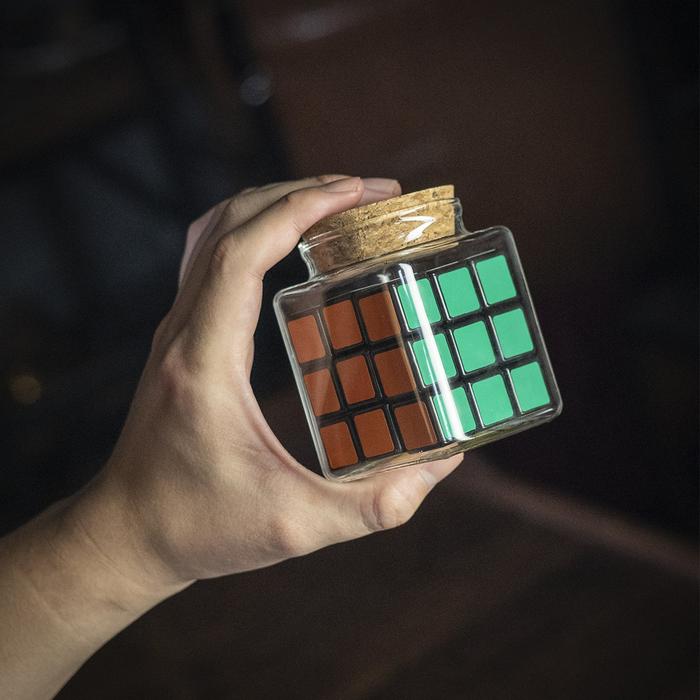 CUBE IN BOTTLE BY HENRY HARRIUS


A gamechanger in cube magic! With this project, we introduce the perfect finale to all existing cube magic routines. You are now able to magically SMASH a cube inside a jar! Right away, you hand out the impossible object for examination.

“HENRY, YOU HAVE A REAL WINNER WITH THIS ONE! YOU'VE TAKEN THE IMPOSSIBLE BOTTLE PLOT...

N-PAD, incredible and unbelievable effects. Usually moving the signed "something" is difficult to control.

At Smagic, we love to do the impossible. Do you think signed coins, cards, rings... will move from left hand to right hand, or disappear and stay in the mini bag? With N-Pad, you can do just that. What's more,...

Take your magic INTO THE 3RD DIMENSION! Transform metal right before their eyes with this new routine from Rick Holcombe!

Switch One by Christian Grace

A folded card, that has been trapped under an inverted clear wine glass in full view, is shown to be a card named by a spectator.

For many, this is the holy grail of card magic. To achieve it in a manner as fair as this, where the spectator names the color, suit and value of a card, has been extremely difficult, if not borderline...

We introduce to you Solid, the best object through can ever created.

Developed by Juan Capilla, from Spain, Solid allows you to borrow a can and pierce a signed key through it, like if it were butter. At this point, everything is examinable.

This would be how a coin through can would look if real magic did...

Win A Drink by Leo Smetsers

Anyone that has seen Leo perform knows he loves to perform fun routines that really get the group going. Well, Win A Drink is just that. This is an effect that will get roars of laughter.

It's simple to do and perfect to perform anywhere there is a...

Cube in Bottle Project by Taylor Hughes and David Stryker

Discover the secrets behind putting a Rubik's Cube inside a bottle, and the unbelievably powerful effects you can use it for with "Cube in Bottle Project."

In collaboration with Vanishing Inc., David Styker and Taylor Hughes are thrilled to teach you everything they know about one of magic's most mysterious impossible...

Among the information that can be found, the Color-Changing Knives can be traced back to 1930 and usually credited to the illusion master, Walter Jeans.

For the next ninety years, due to its extremely versatile effect, as well as its ease of use, and unique audience interaction, the color-changing knives are very well-loved by the...