These bottles are manufactured in aluminum and are made to the highest specification and they will never lose their color. They are very versatile and you can perform many different effects with them, such as: Bottle and Glass Transposition/Multiplying Bottles/Silk – Bottle – Wand etc.

Have a card chosen, have them take a picture of you with THEIR OWN cell-phones, and watch their jaws drop...

Now you too can perform this miracle, the ultimate street magic revelation, with the spectator's own, untampered, cell-phones!

With I-PHANTOM by the magician Eduardo D'Gortazar, you'll always be ready,...

The Journey Deck - Tarot Cards for the Empire Universe

Looking for a deck far different from the others? You found it!

A unique set of fantasy-playing and divination cards. This deck is designed in every way to appear both archaic and fantastical.

This is a deck unlike any other:

WORKS ONLY ON ANDROID DEVICES

ESPerfection is not like any other ESP Match routine. It uses a modern object -- your phone -- but not in the usual way.

In this routine, ESP symbols don't just match each other. ESPerfection is even more impossible. Listen to this - your spectator shuffles...

In a visually insane fashion, the performer cuts halfway through a BORROWED and INITIALLED COIN with an ordinary playing card!! A moment later, the coin is magically healed and both the coin and the playing card are immediately handed-out for close examination!!

You can even use your own business card! It's the PERFECT...

After this, the magician makes four Chinese coins appear from the two cards....

Thanks For the Help by Wild-Colombini Magic

You know that Ken's name is synonymous with good commercial magic, and this is no exception. Novel card discoveries are always valuable. The following is certainly novel and has a strong extra climax when everything appears to be over. It is extremely easy to both prepare and perform and can be done at the drop of a hat with a borrowed...

A rare insight into Al Mann's least-known manuscript, The Sensational Boiler Escape. In 1987, Mann revised this effect and sold the exclusive rights to Devin Knight as a unique demonstration of psychic powers to be used on a TV show. The effect was as follows:

The performer is visibly...

Marc DeSouza has an international reputation in the magic community, having won some of the most prestigious magic competitions in the world. These prizes include three First Place wins in stage and close-up magic competitions from the Society of American Magicians and three silver medals from that same organization. Additionally, Marc is...

The material contained in these DVDs has entertained laymen and fooled magicians for nearly 40 years. These are not simply tricks, but time-tested miracles that will leave a lasting impression on your audiences for years to come. Many have been performed on television - including CBS Sunday Morning and FOX TV - while the rest have been tested...

Juan Pablo is known world over for his ingenious creations. In this DVD, he shares his best parlor magic. The highlight is the improved version of his famous Juan Pablo bill change, where he teaches a new method of switching one bill with a borrowed one.

The other gem is a beautiful, romantic, and musical routine - it's very...

Enjoy 105 minutes of magic and mirth. We've dared to bring you three popular performers on the cutting edge of comedy magic. They'll amaze, amuse, and share insight on how to be a success in the field. 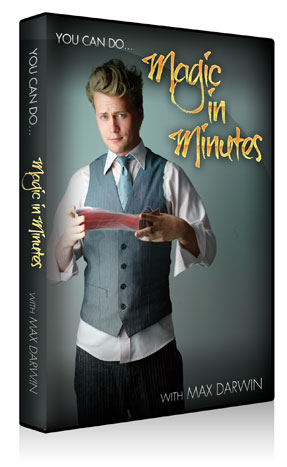 Magic In Minutes by Max Darwin

“Magic in Minutes!” is Max’s interactive instructional DVD for kids.

Learn 12 different magic tricks including how to bend a spoon, vanish a coin, and read someone’s mind with a crayon! “This DVD is for all the kids over the years who have asked me to teach them a magic trick,” said Max Darwin, a.k.a. The Amazing... 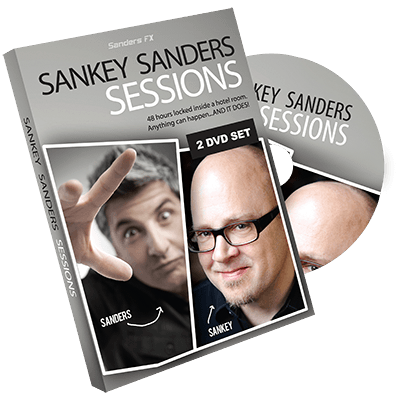