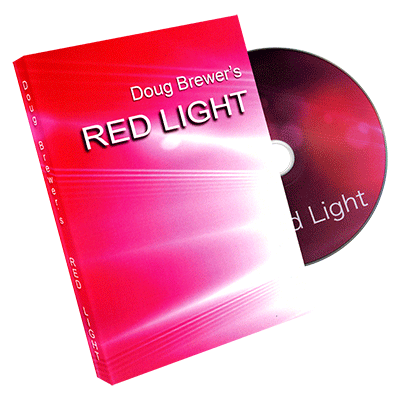 First there was Bobo. Then there was David Roth. Considered to be the finest coin magician in the world by none other than Dai Vernon, David Roth's skill and creativity with coins is unparalleled. In Europe, he's known simply as "Maestro". On this DVD, you'll learn 4 of David's classic effects - routines that have...

The New York Coin Magic Seminar guys, Roth, Latta, Gallo, Rubinstein, along with our special guest from COINS SEMINAR II Kainoa Harbottle, filmed the first of what we hope will be several DVD's on various...


Get all 3 Volumes For One Low Price
Volume Eight (More) contains two hours of more great magic from the New York Coin Guys. David Roth performs for the FIRST time on DVD his Blank Coin Routine, and follows with his rendition of his classic Stonehenge routine. Dr. Rubinstein performs a version of Nest of Boxes that was the... 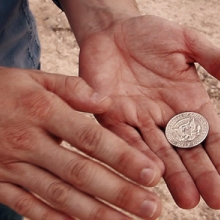 
With just a slow wave, one coin visually vanishes. Your hands never touch.

It happens slowly, just like real magic. There are no gimmicks, magnets, or wires. No setup. Just one coin.

Mirage isn’t just a coin vanish. You can vanish virtually any small object with just the wave of your hand. If you wanted a vanish...

This DVD is fully packed with clear explanations on how to boost your magic using the CMP gimmick. Improve your work and make your effects more magical.

If you have mastered the Cornelius "Jumping Coin" effect, this is for you and all professional coin workers! On this DVD, three master Japanese coin workers showcase the "Harada Hold." If you're looking for a different approach to coin magic and manipulation, this is IT!

The DVD features 15 effects and explanations! While... You will receive a standard CD-ROM that...

In The Beginning There Were Coins

Many magicians go their whole lives without ever unlocking the raw power of coin magic.

Some are intimidated because it's pure sleight-of-hand. Some try to learn and get bogged down in complex illustrations. And some just don't know where to start.

This DVD changes all that.


The close-up magician must use various sleights as his tools in creating finished masterpieces. Often this is a difficult and time-consuming venture as the sleights are scattered far and wide and finding just the right sleights takes a tremendous amount of time, searching, sorting and more searching. The Encyclopedia of Coin Sleights,...

The Muscle Pass Starring Jay Noblezada (DVD) - Is your coin magic feeling a bit FLAT? Pop it into 3D with one of the most VISUAL moves in coin magic. Pass coins through solid objects. Defy gravity. Rewind time.

You're about to learn one of the most visual and versatile techniques in all of coin magic. It's difficult...


Volume 11, WORKERS, contains two hours of over 13 incredible routines by todays top coin workers. Dr. Michael Rubinstein leads off with three workers from his vast repertoire. The Wishing Well is a wonderful, 4 coin production, with a story that reels in your audience. Tallahassee Jumping Coins is a three coin non gaffed coins across,...

Kainoa on Coins: Three Why

A Magical Event of Historic proportions took place in Las Vegas, Nevada. Many of the greatest names in sleight of hand gathered for the world's first convention devoted solely to the art of Coin Magic! This DVD preserves these unique performances and teachings for your entertainment and education.

One of the most popular close-up magic tricks of all time.

Four coins are placed on a table, outlining the points of a square. The coins are momentarily covered by cards. Then, visually and instantly, they gather together -- magically moving about the table top - on a visual and inexplicable manner than can only be described as pure...

The dream is universal: making money from nothing. Once you've learned Patrick Page's classic trick, Easy Money, that dream will come true!

Holding five blank pieces of paper, the magician folds them in half. Unfolding them, each slip instantly transforms into a genuine, spendable $100 bill! Just as easily, the dream...

The unbelievable effect in the above demo is what many magicians have been waiting a long time for.

First, the basic idea was to come up with a little peg and it took whole two years to finally complete as one routine. The majority of the work was the struggle to "make the...