Standing Up On Stage Volume 6 Encore by Scott Alexander

In Volume 6 of Scott Alexander's amazing series, you'll learn key essentials not only of your act itself, but promoting it as well!

Scott opens with a discussion on finding a mentor and how it can be instrumental in your development as a performer. He gives you the secret formula for developing...

Denny Haney: OUT OF THE BOX by Scott Alexander

This project was a massive undertaking and no stone has been left unturned when it comes to Denny's life, legacy and the magic he performed over his career. See vintage clips of Denny as young man and how he developed through this career, performing in colleges and universities,... 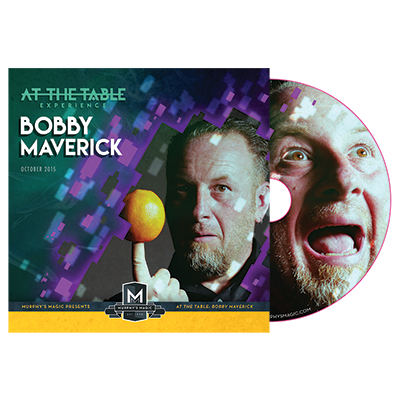 With over 25 years of performing experience, Bobby Maverick brings his real world knowledge and practice to an At The Table Experience. As a street performer and traveling Busker, Bobby has been in virtually any situation imaginable. He's been battle hardened on streets all over the globe and knows how to get a crowd eating out of the...

Danny Archer started doing magic as a hobby when he was 29 years old and has since circled the globe with his highly sought-after lecture. Danny runs the largest mentalism convention, MINDvention and has been a cornerstone in the mentalism community ever since. His material has appeared in publications like; MAGIC, Linking Ring, Genii, Channel... 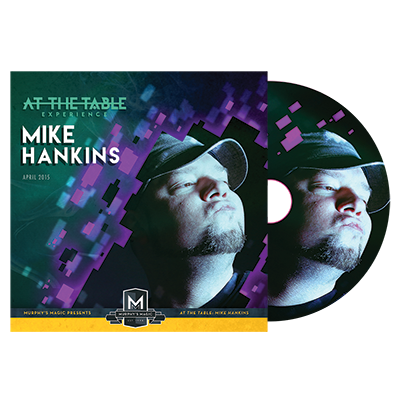 Mike Hankins - Oh, how the table has turned! Mike Hankins, the former host of the ATT series is now our welcomed guest! Mike has worked as a consultant with the biggest names in the industry, including David Copperfield. Find out what type of secrets Mike has been hiding from the world in this very special At The Table Experience. Along...

The creator of Fantasio candle effects Spitfire, Firefall, and Candle Rewind gives you the following exciting routines on this tape:

Celebration of Sides will expose you to many unusual facets of the unique Robert Neale.

Meet Neale the Topologist, the Artist, the Philosopher and the Trickster. Join Neale the Teacher as he leads you on a personal tour of his world...a nonsense world that will distort your perception and alter your view of reality....

This landmark DVD set by Bill Goldman will instantly become the most important reference for trade show magicians.

What makes a Corporate Warrior? Over twenty years of performing thousands of shows for Fortune 500 companies! Bill Goldman has traveled the world performing at trade shows, hospitality suites, sales meetings and after...

For decades the name Pavel has been synonymous with some of the most innovative magic ever invented. Pavel has mystified and entertained lay audiences the world over with his inspired magical inventions while at the same time, delighting and exciting magicians at his thousands of lectures all around the globe with the diabolical secrets...

Andrew Mayne, creator of Gut Buster and In Half presents a stunning new illusion.

Is it an escape, a penetration or a teleportation?

Members of the audience are asked onstage to inspect a 24? metal plate with a 7? hole cut in the center. After they've inspected it to their satisfaction they're invited to sit down....

Learn to make your magic MORE POWERFUL from the World Champion of Close-Up Magic!

Carl Cloutier has taken the art of sleeving to new heights.

His sleeving techniques helped earn him the title of World Champion Close-Up Magician at the F.I.S.M. competition in Yokohama, Japan.

Just wait until you see how...

Learn to make your magic MORE POWERFUL from the World Champion of Close-Up Magic!

Building on the basics popularized by Michael Ammar and Patrick Page, Carl Cloutier has taken the Topit and turned it into an art form.

Carl's use of the Topit transcends simple vanishes; he uses the Topit as a third hand to... 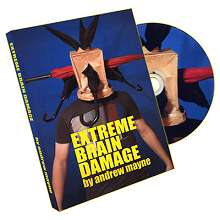 4 umbrellas, one bag and a thick skull.

This DVD contains great tricks, but no magic. The tricks on this DVD are the tricks you will need in order to make a living as an entertainer. Do you have what it takes? From the authors of Highway to Success: The Entertainers Roadmap to Business, comes "The Happy Medium DVD lecture series." Watch and learn as Elliott smith and Ian Quick... 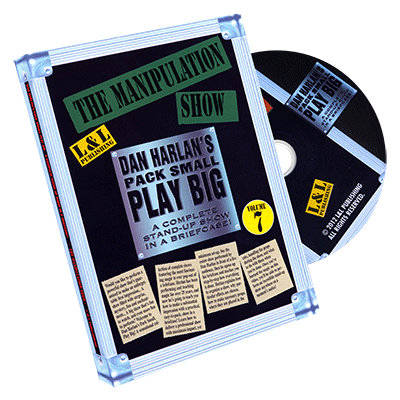 The Manipulation Show that you'll see on this volume demonstrates how a performer can create the feel of a large stage production and yet fit everything that's needed for the show in a small briefcase. Though the central theme is material for a semi-silent stage manipulation act, there's a wide variety of plots and methods...

The burnt and restored shirt is a classic show stopper that was wildly popular years ago. This simple effect has suddenly caught fire again, and now everyone wants to do it! Holey Shirt is a "real world" street effect with monster impact that can't be ignored!

You wander over to a total stranger, make some mild chit-chat,...

Step into Rand Woodbury's workshop where he teaches you the secrets of performing, designing and building your own illusions.

Join the world's number one pickpocket in this limited edition collector's DVD. For the first time on DVD Mark Raffles reveals his entire act...A show that inspired a generation.

Many magicians have suffered from performing effects that are similar with all their competitions. True story, yours truly have walked into a school show and an agent asked me whether if I'll be performing the bowling trick or that confetti trick. I was shocked. And he was right on both!

There is a fine line between true artists... 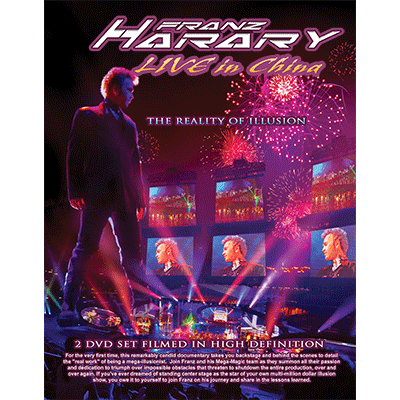 Live in China by Franz Harary


For the very first time, this remarkably candid documentary takes you backstage and behind the scenes to detail the "real work" of being a mega-illusionist. Join Franz and his Mega-Magic team as they summon all their passion and dedication to triumph over impossible obstacles that threaten to shutdown the entire...