Return of The Bag by Craig Petty
Item Number: DA2043


Return of The Bag by Craig Petty 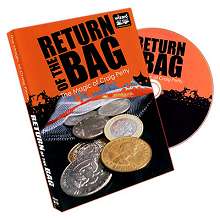 Return of the Bag is a sequel to the best selling; highly acclaimed Attack of the Bag. On this volume Craig Petty explores more uses of the coin bag and presents effects that you would have never thought were possible. Included on this DVD is the full explanation of ESimPossible, the mentalism routine which has been an underground sensation since its creation. If you want to perform visually stunning coin magic that has been designed for use in the real world then check this out:

A version of the Doc Eason's Anniversary Waltz using coins, this routine is a real worker. Two signed coins become one with all the magic happening in the spectator's own hand.

Card Through Window meets the coin bag. Three coins are thrown against a clear mesh bag and one by one penetrate visibly through the solid mesh front. This one is pure eye candy.

This is the ultimate coins across for the real world performer. Three coins are held in your closed fist and one by one they travel into a bag which has been left on the table from the beginning. Your fist remains tightly closed throughout the performance till the end at which point you open your hand to reveal the climax.

A performance piece which has been brilliantly routined over hundreds of performances. Four coins travel from a brass box into a small bag one by one until all four coins have magically journeyed across.

Craig has taught a select few performers this routine and without fail it goes straight into their working repertoire. It's a version of Al Koran's Medallion designed for table hopping performances. The effect on the audience is always the same, they can't believe their eyes - This is one you WILL use.

This is a wild coins routine on steroids. Three un-gimmicked coins change into three completely different un-gimmicked coins and then change back again. The best part is the coins can be examined at every stage of the routine and the whole effect looks amazing.

Coins through table turned on its head, three coins penetrate up through a table one by one. This routine is easy to do, looks great and is really, really commercial.

The most visual coins across routine you will ever see. By combining two well known principles Craig has created a routine that will make you want to grab your coins and start performing straight away.

Craig's commercial coins through table. 3 coins penetrate a solid table with the final coin penetrating in slow motion. This has to be seen to be believed. 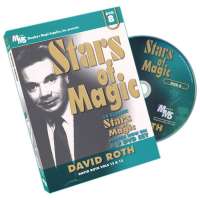 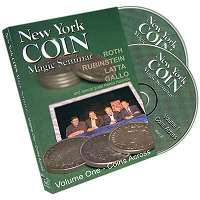 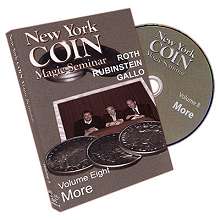