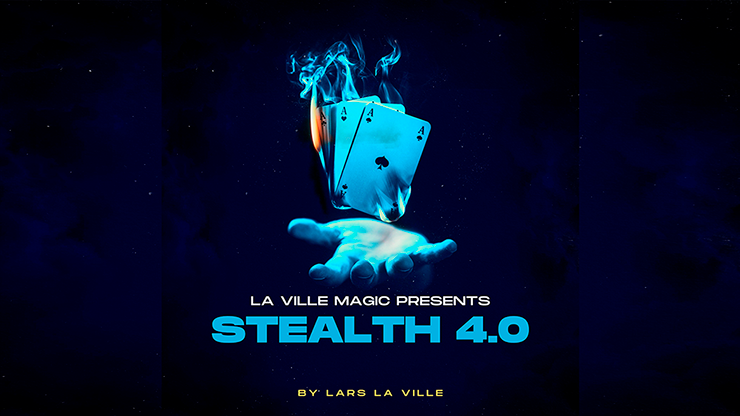 The magician shows a red blank deck and a normal blue deck. The magician explains that there is only one normal card placed in the blank deck. The spectator are shuffling the blue deck and deal down 5 cards like in a game of poker. The spectator now thinks of one of the cards and deal the card they are thinking of face down on the table. The other four cards are now added up together. Let's say the sum of the 4 cards is 22.The spectator now deal down to the 21 card in the blank deck, showing all the other cards are blank. The next card is dealt face down on the table. The rest of the cards are also blank. The magician now names the card the spectator only are thinking of, and the blue card is turned over. The red card is also turned over and it's the same card. Not only did you know the card the spectator was thinking of. t was also placed at exactly at that number the other cards was adding up to.

Double Blank ATCANN (Any thought card at any number.)
This is the same effect as Stealth 4.0, but with 2 spectators. The magician deals the cards to the table and there will only be 2 cards in the blank deck. These 2 cards will be the cards the spectators are thinking of. Both of the cards was also at exactly, at the number each spectators cards was added up to.

You will also learn a sleight that can be useful in many card routines.

I was inspired from a John Carey routine called Stealth. In my version the spectator can think of any of the 5 cards, and I also included the blank deck. If you have time you maybe can check out:
Stealth 2.0 that are done with 2 normal decks and I also included a poker routine that allows you to go from Dai Vernon's poker routine into Stealth 2.0.
Stealth 3.0 is a double ATCANN with 2 spectators and 2 normal decks.