FISM award-winner Boris Wild is one of the most renowned French magicians in the world. From Hollywood and Las Vegas to Monte Carlo, Sydney, Tokyo and beyond, Boris' original and creative approach to card magic has taken him to some of the most prestigious venues on five continents where he has received standing ovations.

Now, it's your turn to watch and learn Boris Wild's favorite creations as he reveals them for the very first time on video in this amazing DVD set. You'll witness astounding, truly miraculous card magic using his outstanding, world-famous BW Marked Deck. Boris will teach you every single detail of his ingenious system as well as incredibly clean routines that will fool you badly and, after you learn them, will leave your audiences shaking their heads! One of them, Pure Telepathy, is considered by international experts to be "one of the most beautiful and theatrical card revelations in the world." You'll also learn the wonderfully deceptive Kiss Count, in addition to many highly-visual applications using this new technique. There's a colorful combination of cards and silks set to music, a spectator's kiss on an impossible journey to a signed card, and a fantastic, multi-phase routine combining All Backs, Triumph and Wild Card!

These three DVDs also feature a super-clean revelation of a thought-of card in mid-air, a unique prediction of a movie, plus Boris' best-selling effects including Miracolor, his diabolical Wild Monte, Very Wild!, and WPT, two eye-popping transformations of cards that will knock you dead. And there's more...!

The performances are fun and entertaining to watch and the secrets behind it all do not require difficult sleight of hand. The moves, principles and methods rely mostly on subtlety and cleverness. Boris explains everything in detail with clear step-by-step instructions, valuable tips, a pinch of theory, and in-depth psychological aspects in their own dedicated segment.

"I admire and respect my good friend Boris Wild. He's clever and original in his creativity and his presentations are charming and sophisticated. Boris is one of a kind!"
- Daryl - The Magician's Magician

"Boris Wild, next to me, is one of my favorite performers!"
- Bill Malone - C.E.O. of Comedy Magic

THE UNFOLDING DECK - A very funny opener with a special deck of cards that unfolds itself to introduce the performer.

DOUBLE REVELATION - A super feat of memorization in which the performer guesses the two missing cards from the deck.

THE IDEAL EFFECT - The perfect pick-a-card routine performed under the most extreme conditions possible.

PEEK SANDWICH - A very clean sandwich routine with a thought-of card with the spectator doing everything from start to finish!

CONCEPTS OF THE BORIS WILD MARKED DECK - A detailed explanation of the system used for the BW Marked Deck including many tips, advice and information on how to use it.

THE BW MARKED DECK AS A SAFETY NET - An explanation of how the marked deck can save your life under real-world conditions.

TIPS ON THE CULL - An explanation of how to master the Cull and get the most out of this powerful technique.

THE REVELATION PASS - A very visual way to reveal a chosen card.

NOT THAT DRUNK - A very nice Triumph routine in which the cheater is not as drunk as he pretends to be as he produces the four Aces.

THE WSB PRINCIPLE - A new way to make sticky cards and simple applications using this principle.

WILD MONTE - A very visual and commercial Three-Card Monte routine in which the back of the money card changes color throughout the game.

SKYLINER - A modern and super-clean revelation in mid-air of a thought-of card using a mind scanner.

MIRACOLOR - A color-changing deck routine with several unexpected transformations and a kicker climax!

INEXPLICABLE - A totally impossible prediction effect performed under the most drastic conditions.

MADE FOR EACH OTHER - A lovely routine in which the performer and a lady both pick a card of the same color and same value, ending with a heart-to-heart revelation.

DOUBLE PERSONALITY - A magical mirror between the performer and a spectator allows the creation of a very clean and impossible coincidence.

THE BIKINI DECK / MISS BIKINI - A funny and entertaining routine that elects the winner of the "Miss Bikini" contest! Includes an explanation of the Bikini Deck and its incredible hidden features.

TIPS ON THE INVISIBLE DECK - Ways to improve the Ultra-Mental or Invisible Deck.

THE KISS COUNT - A visual and smooth technique that replaces the Flushtration Count.

KISS COUNT SEQUENCE - A short sequence to music in which the Kiss Count is performed with many objects (cards, envelopes, pictures, dominoes, CDs, etc.)

COLOR KISS - A very visual and colorful introduction with jumbo cards and silks.

TRAVELING KISS - A romantic routine in which a lady's kiss travels onto a signed playing card.

SIGNED ASSEMBLY - Four signed cards disappear, reappear and travel in the performer's hands and finally get together for an unexpected climax.

WILD WILD CARD - A multi-phase routine that combines Triumph, All Back and Wild Card with a visual ending to music and a kicker that's a real fooler!

SIZE DOES MATTER - A very visual and funny opener with different-sized card boxes and decks.

MIRACLE! - Any Card At Any Number under the most perfect conditions.

PURE TELEPATHY - A very pure card revelation set to music, considered by many international experts to be "one of the most beautiful and theatrical card revelations in the world."

THE BORIS WILD MEMORIZED DECK - An explanation of the BW Memorized Deck which anybody can learn in just a few minutes.

THE GRAVITY SHUFFLE - A very convincing full-deck false shuffle with many subtleties.

VERY WILD! - An eye-popping effect in which four spot cards turn into four Aces in a most visual way.

WPT (WILD POKER TRICK) - The new and improved version of Very Wild! in which five junk cards metamorphose into a Royal Flush at the speed of light. A real fooler!

TRIUMPHAL MESS - A classic Triumph routine with a French touch along with several devious subtleties.

DOUBLE PERSONALITY 2 - The magical mirror strikes back! Not only does it create an amazing coincidence between the performer and the spectator but the cards mysteriously fly through this imaginary mirror for a surprising climax.

MINDBUSTER VIDEO - A great routine with modern technology in which the performer predicts the DVD of the movie a spectator wants to watch. 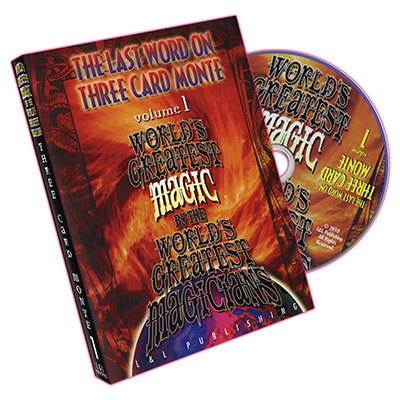 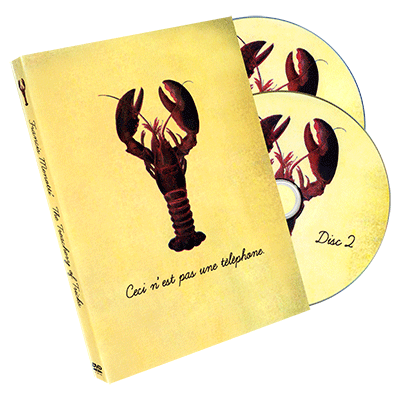