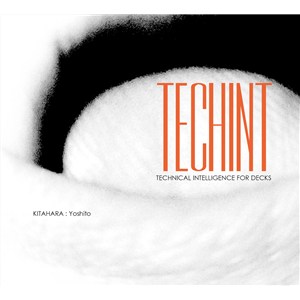 As the title TECHINT (Technical Intelligence) shows, this is a series tutorials on card sleights. Every move is visual and unique. Practice them, modify them to fit you. They will serve you to be unique. Yoshito has modified them to variety forms and been using them for nearly a decade. He was the only one to use them because they are original, unique, and have never been published before.

You may know some basic moves such as ribbon spread, double lift, color change and so on. Yoshito does them like nobody has before. He created them piece by piece and reconstructed them to suit him.

Yoshito is an underground magician from Japan, has been trying to be distinguish himself as totally different from any other magician from the beginning of his career. These are some of the results and if you want to be different, here is your opportunity.