CHINESE SURPRISE - Garrett has taken Fred Kaps' classic coin routine and added a surprise ending that will hit any audience hard. After several visual transpositions of a silver and copper coin, the audience will swear that more than two coins are in use. This is confirmed as the performer's hands are opened and four Chinese coins . . . and nothing else . . . are shown!

ABSTRACT MATH - A lesson in abstract math and thinking as three copper coins very cleanly change into a silver coin, a silver ring . . . and a silver Sharpie-brand marker!

COLOR MONTE - Garrett's take on the Emerson and West classic using regular cards, a great presentation, and a very clean and easy handling. This is an effect you'll carry with you and perform everywhere.

THOUGHT - Design duplication the Garrett Thomas way! Garrett shares all of the touches on how to make a spectator swear that they actually see you reading their mind!

ANNIVERSARY WALTZ - Garrett's version of the trick made famous by Doc Eason. Garrett has analyzed the dynamics of performing this routine for a couple and has structured his version of this now-classic routine to maximize these dynamics. And at the end? The spectators are left with a souvenir . . . and an experience . . . that they'll cherish forever!

BONUS: Performances only of Garrett Thomas' RUBIK'S CUBE and THE RING THING. 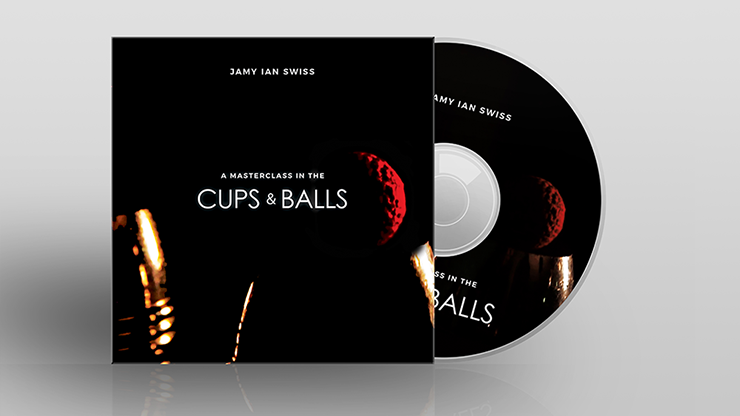 Inside the Mind of Garrett Thomas Vol.3 by Garrett Thomas
Jamy Ian Swiss A Masterclass in the Cups & Balls
Magic With Dice - Worlds Gratest Magic
Master Routines by Mark Leveridge