What magic and mentalism on television should look like!

This incredible DVD set features Richard Osterlind as the star of three simulated television shows. Watch Richard dazzle the audience with real-time, mind-boggling mysteries and, as the title of the set implies, there are absolutely no camera tricks, stooges or pre-show work! What's more, this broadcast-quality material can also be used on stage and for close-up performances.

These are secrets of the highest quality with everything from the latest innovative ideas from the fertile mind of Richard Osterlind to some of the most cherished hidden mysteries from other masters. Not only will you receive a wealth of astonishing and usable material, but it is presented in one of the most entertaining formats ever attempted in the magic instructional DVD genre. This is Richard Osterlind at his highest performing level!

Additionally, you will see the commercial "bumpers" that feature Richard performing live in a restaurant and other public places - real-time performing under real-world conditions! See why Richard always shines in the numerous other "bonuses" contained on each disc!

Richard Osterlind has been a top corporate mentalist for over three decades. His travels have taken him from Beijing to Bermuda, Monte Carlo to Mexico City, Calgary to Kona. His level of sophistication, integrity and humor create an environment that has impressed audiences around the world. He is constantly invited for return engagements by the CEOs and event planners of the Fortune 500 companies he has amazed!

Jim Sisti is a successful East Coast magician specializing in both stage and close-up entertainment. He was the creator and editor of The Magic Menu periodical and has contributed columns and articles to a good number of magic's leading publications. He also has an extensive background in broadcasting.

Both Richard and Jim feel that all TV magic and mentalism should be free of camera and editing tricks. This was always the unbreakable rule during the Golden Age of Television. Together, they conceived the idea for this DVD series in order to demonstrate that a television performance can be intriguing, amazing and entertaining without outside help from the special effects crew!

Within these shows you will find no camera tricks, no strategic editing, no stooges and no pre-show work. In addition, all of the material was performed live without any retakes.

This is truly magic on TV - not TV magic! 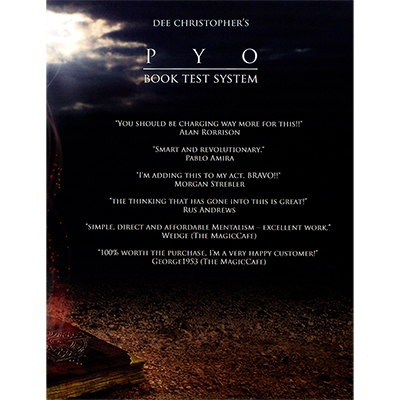 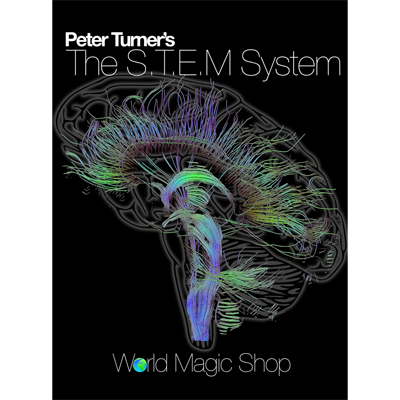 Nothing - Max Maven
PYO (data CD and DVD) by Dee Christopher
Peter Turner`s The S.T.E.M.System
Plunge Of Death by Kochov