Phase Two:
One bill is placed on top of the other bill. The bill on the bottom jumps to the middle of the folded bill on top.

Phase Three:
The spectator holds on to the ends of a folded bill, with the other bill cradled inside. The magician pulls the bill through the spectator�s bill, just inches in front of their eyes.

Ghostbills is a stunning effect that will leave your audience floored. It�s perfect for close-up, tableside and parlor performances. This 24 minute DVD shows you step-by-step how to perform the effect. You�ll quickly have the effect mastered and soon be stunning your own audiences. 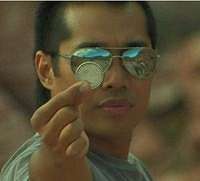 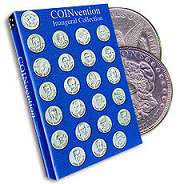