Rather than just offering a formula to follow, Andy poses questions that every mentalist should ask themself. He suggests some possible answers, but leaves it to you to make the final choices which best suit you. There's no easy way to become a great mentalist, but with Andy's advice you'll definitely gain the upper hand in your journey!

Readers of the online magazine Visions have been raving over Andy's "Shared Thoughts" column since August, 2000, writing time and again to praise his insightful advice and casual, conversational writing. In addition to a number of brand new, never before published essays, Andy's gone back and re-edited, revised, and in some cases totally re-written all of the "Shared Thoughts" columns to date and included them in this book. If you've never read them before, this is a great way to catch them all in one place. If you have, you'll definitely want to see Andy's latest takes on these subjects. If you've ever even considered doing mentalism, then this book is for you! 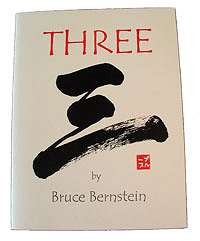