Get ready to experience 17 Effects That Will Stone Cold Kill Your Audience! Imagine a playing card vanishing right out of your hand and right under the nose of your spectators - Sardeen Window is the ultimate Close-up Street vanish. On Stone Cold Magic, You'll find very visual and totally commercial card magic and much, much, much more!

Included are 13 killer effects, almost 2 full hours of incredible original magic as well as outtakes and 4 bonus effects, including The Mistress Card Principle and The Spectral Chill Concept - two rockin' ideas to take your magic to the next level.

Check out the list of killer effects below! Check out the bonus material! With almost 2 full hours of incredible magic, you can't go wrong!

Ace Bandage:
An updated version of a classic Paul LePaul effect. Four indifferent cards, one at a time, visibly transform into The Four Aces.

Sardeen Window:
The most incredible invisible palm yet! Watch your audience gasp in disbelieve as a card vanishes right before their eyes.

Little People:
An amazingly commercial card revelation with plenty of comedy and lots of midgets!

Tricycle:
Cause a card to visibly shrink to half of it's original size!

The Target Card:
A masterpiece from David Winkler; the ultimate spectator finds the card effect where the deck is formed into a gun to launch a card invisibly from one spectator to another.

Keep Your Eye On The Joker:
Whoa! Hold on to your hats. Don't blink or you'll miss the Joker's insanely visual transformation into The Four Aces.

The WTC Move:
Teach your audience the secret WTC move, and still blow their minds as the move happens right under their noses.

Dethroned:
The tragic story of The Kings being removed from their lofty thrones, oh yeah, and an unbelievably visual vanish of The Kings one at a time!

Jackson Hole:
Ok, you might as well stop here! Learn Brad Gordon's blip move and you've got the most visual two-card transpo ever!

Counterfeit Cards:
So, all you have is a bunch of blank cards; bummer; luckily you can magically print an entire deck of cards, and everything is examinable.

My Psychic Deck:
From the Mind of Jason Montoya comes a beautiful twist on the Chicago Opener plot. Your deck knows the gender of its audience.

A Rat At The Table:
Never play cards with a Rat! You just might have a Royal Ace Trick. A streamlined handling of the classic Gambler vs. Magician Theme.

Ace Freely:
If you want a visually stunning appearance of an Ace then this is your bag baby! 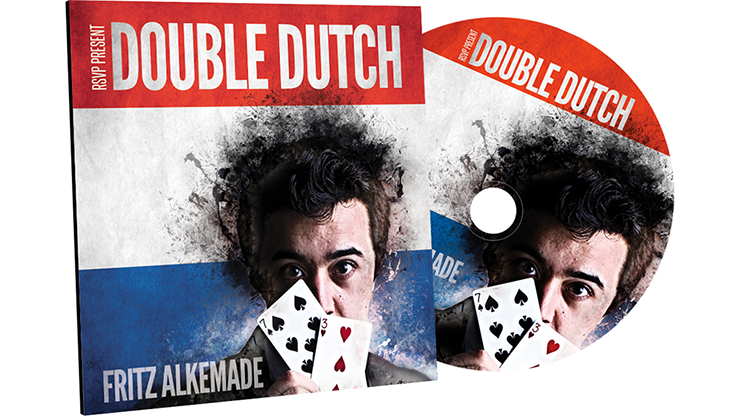