Can the World's Best Marked Deck be improved? YES, AGAIN! Now we offer our successful Marked Decks with Large Indexes.

When we designed the Phoenix Deck, the Marked Deck was designed first, without ANY compromise in design and location of the markings. (The only difference from a standard Phoenix Deck: we removed the markings, in a "reverse engineering.") Believe it or not: we DOUBLED the number of marking locations, making this deck perfect for both left-handed and right-handed magicians. Plus, we printed a blue-backed Phoenix Marked Deck as well!

This is a dream come true for all magicians who love to use a marked deck. The markings are based on the ideas of Ted Lesley, which are extremely visual compared to all other marked decks on the market. They perfectly blend into the design of the Phoenix backs.

Every magician who saw the Phoenix Marked Deck for the first time smiled when he finally found the markings. You will smile, too! We promise!

All markings are situated at the same spot right in every corner, so even the slightest opened fan in either direction will allow you to read the marking. If the back design gets into view, you will be able to spot the value. It can't get easier! 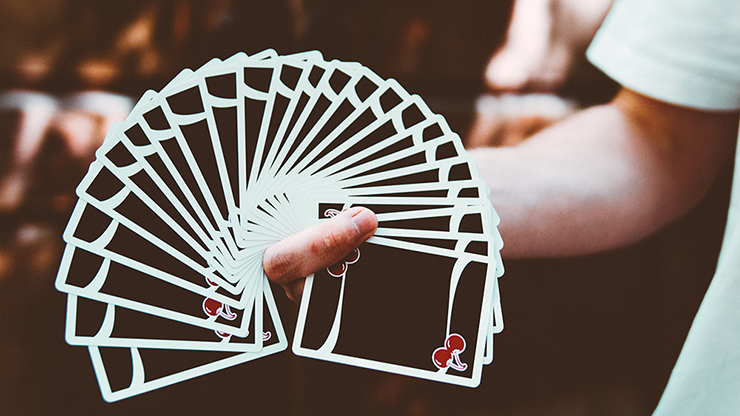