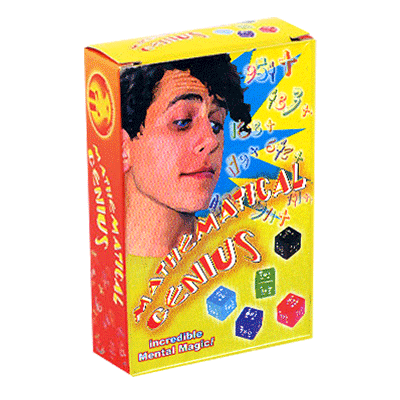 The magician shows the audience five different colored dice; on each of their faces a three digit number is printed. He hands them to a spectator asking him to throw the dice a few times on the table to be sure that, at every throw, different numbers come out. The spectator can stop throwing whenever he wants. After his final throw, he is asked to take his mobile phone and to sum all the five three digit numbers that have come out. The magician will rely, instead, just on his incredible mathematical skills summing all five three digit numbers in his head! Once the spectator has the total, the magician, to the audience's amazement, already knows, and reveals the correct number!