The Trilby Deck by Liam Montier and Big Blind Media 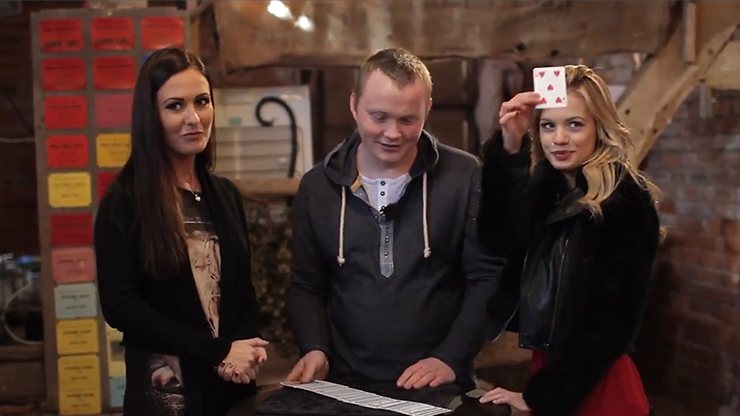 More than a pack, the Trilby Deck is a whole gaffed deck SYSTEM that allows unparalleled freedom in performance.

Imagine a deck that is a...

Svengali Pack - but improved. New displays, fair fans and spreads. Within the action of a single cut, separate the deck into key cards and regular cards. No need to rotate the deck before flicking through to show a change. Learn the handling, and then learn KILLER tricks and applications.

Stripper Pack - but improved. Forget the classic 'hindu shuffle' style handlings - this works with the much more natural overhand style. Learn how to use the Stripper pack to your maximum advantage - even having a spectator remove and replace a card while the deck is held by somebody else! Learn the handlings and KILLER applications, including a self working and dynamite version of the classic 'Play it Straight' Triumph by John Bannon.

Colour Changing Pack - but improved! Brainwave effects, full routines and more. Start with a red deck, turn half blue. Cause the halves to transpose, then all turn blue. Then have the pack examined.

First published by Joe Stuthard in 1949, the Trilby Pack has been lurking in the Kaymar Magic vaults for more than half a century. Now, Liam Montier takes you through this ultimate gaff deck system in extensive detail, bringing you the tools to forge your own unique and truly astonishing Trilby Deck routine.