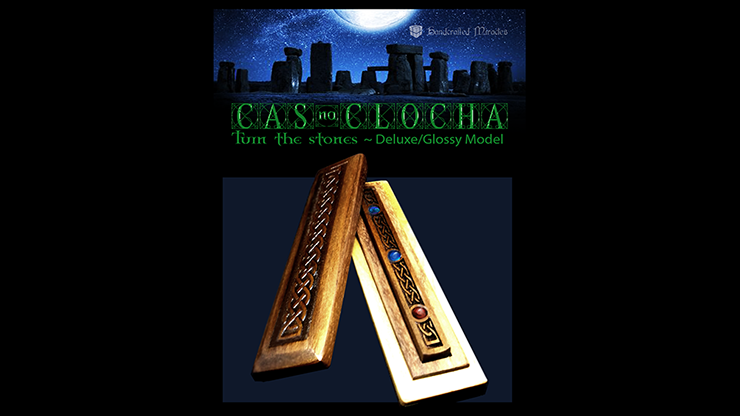 The escalating routine is designed to show spectators how a clever con artist was able to fool the magician, and subsequently the spectators, during a demonstration and explanation of how it was originally accomplished. Just when everyone thinks they have all the methods figured out, they are hit with a kicker ending that leaves them all wondering if perhaps there is something to "ancient magic" after all.

The routine is easy to perform, starts and ends entirely examinable, resets in seconds, is angle friendly and relies on easy-to-learn sleights that you may already have in your repertoire. The online video covers numerous methods to accomplish every move, and discusses how to make each appear natural based on a performer's ability and style. The psychology of maximizing audience immersion is also discussed, as well as how to add individual personality and flair to the routine. Cas na Clocha is one of those rare effects that leaves the audience feeling entertained and awed rather than just fooled/foolish -- isn't that what magic should really be about?

Cas na Clocha will be available in three models to suit your style and budget. All versions are functionally exactly the same. Increased pricing reflects extra carving and finish work on the Deluxe and Collector's editions.

The Original/Rustic Edition Box is lightly sanded and naturally stained. It includes a plain Birch stick, giving the feel of a hand-made gambling tool that perhaps could have been used for generations.

The Deluxe/Glossy Edition Box is finished with several coats of high gloss finish and provided with a carved Walnut stick for those who desire a more finished/refined prop for their routine or performance style.

The Collector's Limited Edition is strictly limited to 50 signed and numbered sets. The Collector's Edition comes in an intricately-carved display box featuring original art by the creator, Dan (Dannicus) Frecks. The uniquely designed, all-wood latching display box securely holds the effect's components in a custom fit rubber insert. The display box is hand gilded with silver and gold leaf. The Cas na Clocha box and sticks sets are finely engraved, and the carved box lid design is hand leafed with 18 kt. Gold. The Birch sticks are fitted with semi-precious polished Cabochon stones including; Jaspar, Lapis Lazuli, and Malachite (stone types may vary depending on availability). 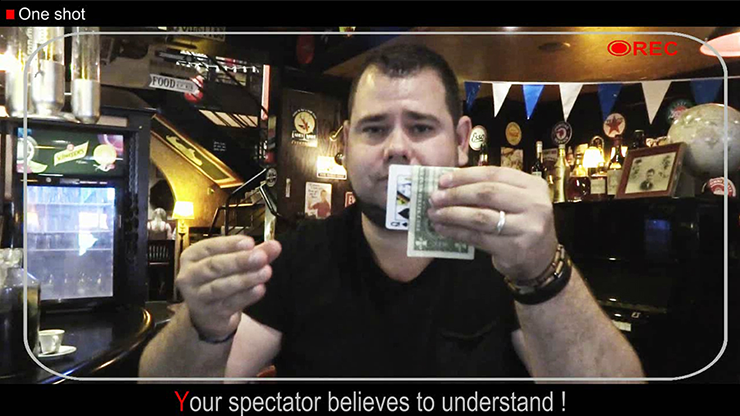