The magician takes a deck of cards out of their box, then takes the Joker from the deck. Ha asks the spectator to say stop anytime as he riffles through the deck. He puts the Joker halfway into the deck at the selected point and then turns the deck over to see what the chosen card was, let's say the card next to the Joker was the 8 of clubs. The magician closes the deck and puts the Joker away. He then picks up the card box, and a smaller card box slides out of it, holding one folded card inside, which is none other, than the spectator's chosen 8 of clubs!

After the revelation the deck of cards is spread on the table, and the spectator can see that the 8 of clubs has vanished from the deck!

In the package you receive a special case for poker sized Bicycle cards, a mini card case and a special Joker. With online video explanation. 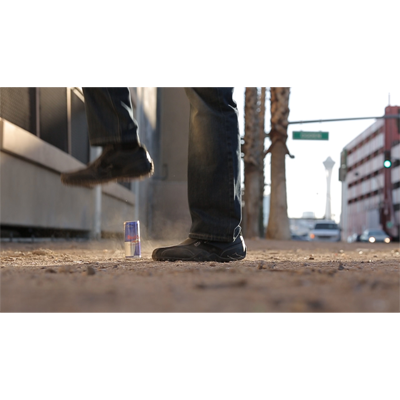