You show a small wallet with a prediction, which you place face down on the table. You also show a packet of cards with blue backs, telling the spectator that they are the four Kings.

Ask them to name either the red or the black Kings.

The spectator is then asked to name any one of the black Kings.

For the finale, the spectator is probably wondering about the red Kings. Well, when you turn those over, they have the words DIFFERENT COLORS written on them. 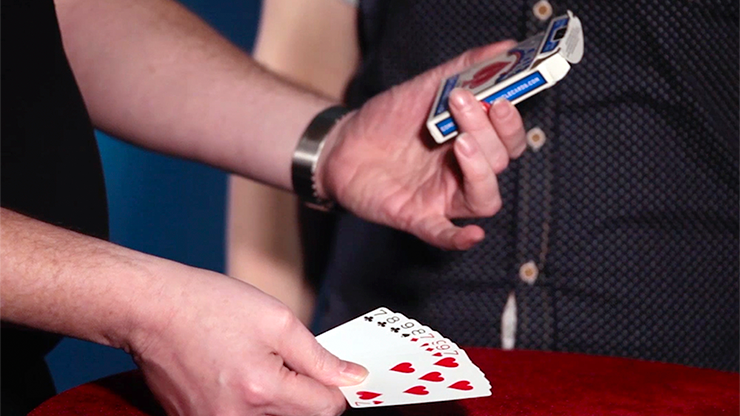 Jumbo Princess Card Trick by Tejinaya Magic
Any Card by Richard Sanders
NeoMix by Jim Krenz
Smack! in the Face by Paul Gordon