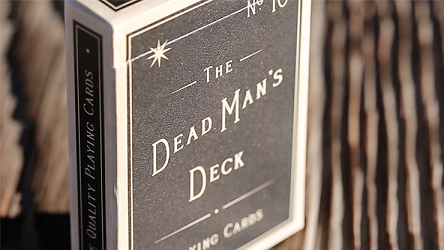 We celebrate the legacy of Wild Bill Hickok and the gambling lore of the Wild West with The Dead Man's Deck. This beautiful deck is filled with details surrounding Wild Bill and his storied past. The deck's design is true to the time period, with an ornate, grey pattern and old-style faces. And of course, the Aces and Eights are, well, bloody.

The defining feature of this deck, though, is that it has a bullet hole shot right through the middle of it, along with a commemorative musket ball lodged in the hole. Every deck comes with this musket ball and a scorched bullet hole through the entire deck. 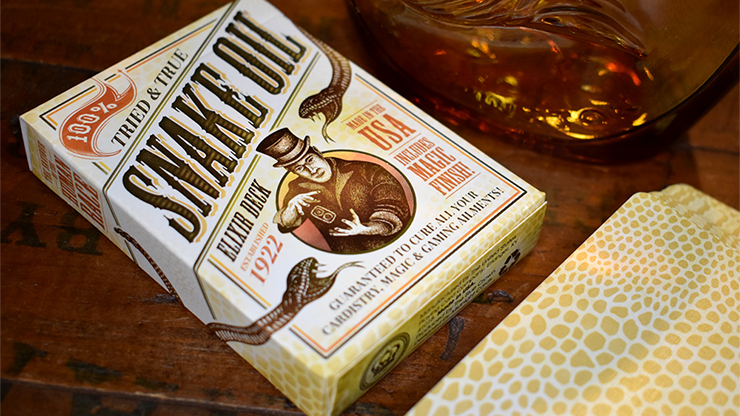