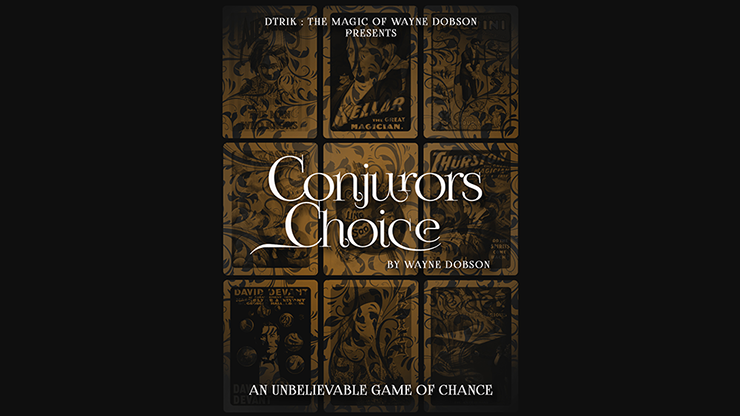 The performer introduces 9 postcards of historical magicians. He lays them out of a table. He also hands the spectator a small booklet, explaining that it contains the instructions on how to play the game.

The performer then asks the spectator to remove a coin and the coin is placed on any of the postcards.

The spectator works through the booklet with a series of moves and eliminates postcards as they go.

At the end of the game, only one postcard remains, and it matches the prediction that has been in plain sight throughout.

A great piece of magic/mentalism from the mind of Wayne Dobson.

Designed as a "coffee table" type effect, it can be used in any situation. Great for close-up and parlor.

Comes complete with 9 specially printed postcards, boxed not to look like a magic trick.

The postcards include several other "forces" that the performer can take advantage of. 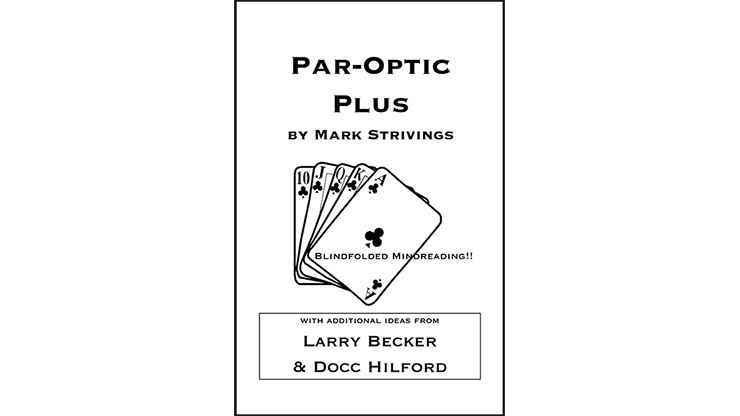 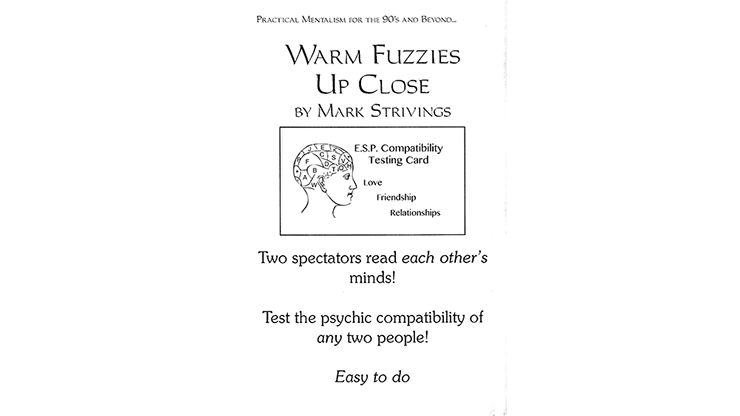