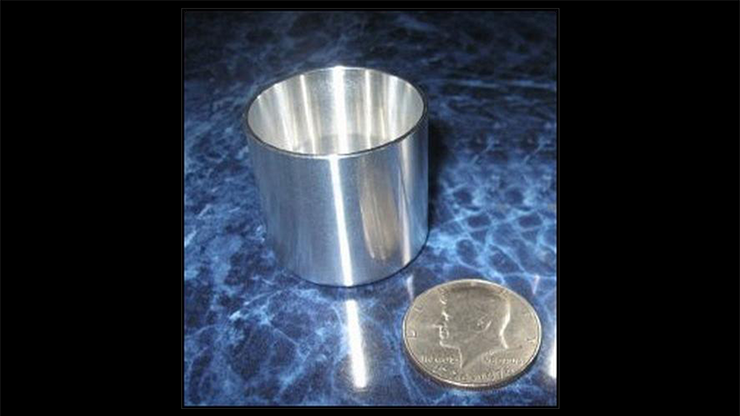 Chuck Leach of Chazpro made a related set of coin cups around 1995. I found them advertised in the July 1995 issue of Genii Magazine, which headlined: "Introducing Chuck Leach's Leprechaun Cups". The Leprechaun Cups and came in a three different varieties. The Shamrock Cup is tricked out somewhat like a slot-box Okito box, except that it is taller and is gimmicked to allow several coins to be held back at once (up to five). Each coin can then be released one at a time, or in groups, at the whim of the performer. The Lots-A-Coins cup provides a "Lota Bowl" effect for coins, allowing up to 9 coins to be released one at a time or all at once. The Leprechaun Sucker Cup completes the set. It looks just like the other cups, but is too narrow to fit any coins and is not gimmicked.

All Manufacturing rights and trademark rights purchased by TheMagicStore. 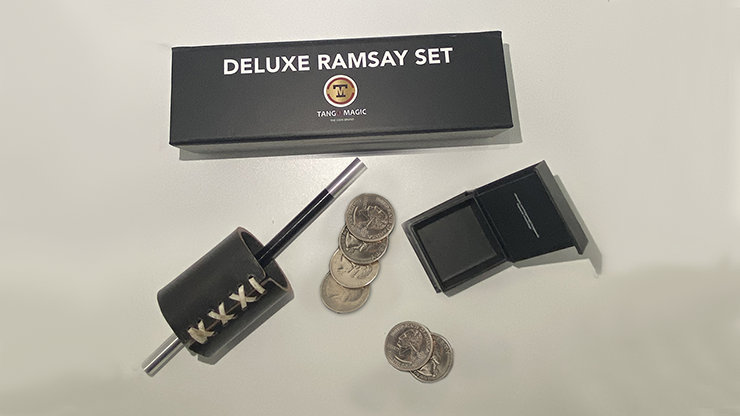 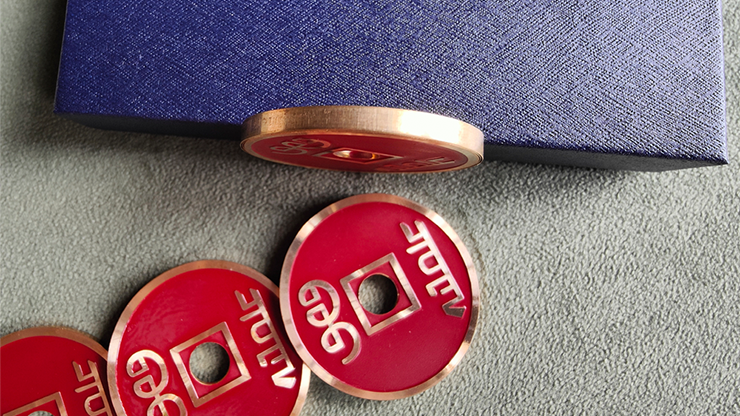 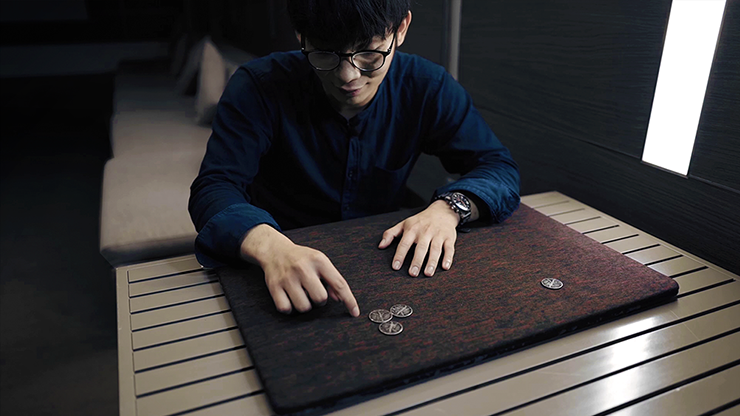 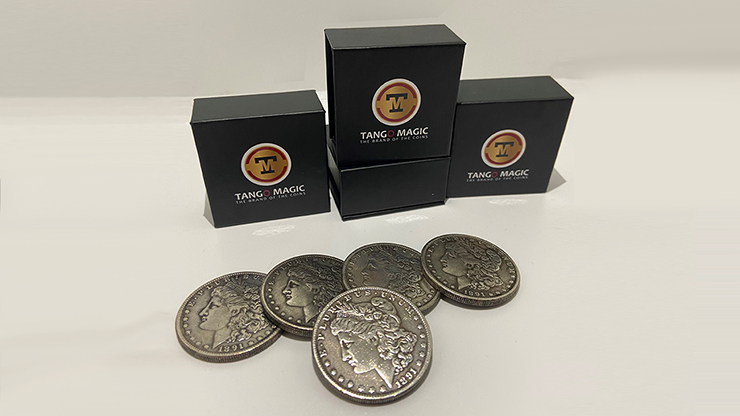