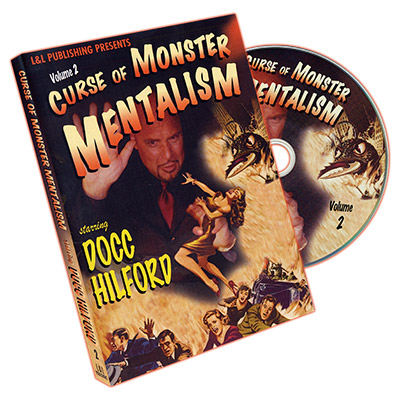 Mentalism is killing people - but not in a good way. Death by dullness. However a MONSTER is loose. A creature that's set on revenge. Vowing to destroy a contemporary tediousness that's growing like a cancer. Tear away from the safety of your father's mentalism. Give yourself completely to the curse. Become one of us . . .

Docc Hilford is the crazed creator of the renowned Cassandra Deck, author of over 30 books on mentalism and consultant for a dozen television shows. He's joined by professional mentalist David Alexander to discuss the psychology behind each piece. Monster Mentalism is an astonishing collection of useable effects and the diabolical methods that have made Docc Hilford infamous.

Nightmare Coin - Have you ever dreamt you walked past an empty house at night? Have you ever been unable to wake up from a nightmare? From the acclaimed book, Band of the Hand, comes a chilling routine that turns a spectator's ethereal dream into a solid, spendable nightmare!

Rasputin's Secret - The man who couldn't die! Rasputin used a palace as a playground. His unbridled lust and alcoholic gluttony knew no bounds. His surreptitious secret, and a special deck of cards, allowed him to know the past, the present and the future. Information that freed him from the mundane laws of society. Now you can possess his secret . . . his life style . . . and his deck! IMPORTANT NOTICE: This specialized deck still sells for $25. Tell no one.

For One to End - Do you believe that speaking certain words can influence a person's thoughts? One man did and used his awesome ability to wreak havoc throughout a quiet seaside resort. Psychic expert Banachek declares Docc Hilford's original technique to be, ". . . one of the strongest psychological subtleties in print today!" See the unedited, director's cut.

40,000 Words - Like a brain that will not die, this hoax will assault your senses with a barrage of clandestine information. Psychically removing a mentally selected word from a spectator's brain will propose no problems, but can it be done without des­troying the surrounding living tissue? You must see this!

Rhineless ESP - A quiet laboratory. A simple test between two people. And a mental power so astounding that when unleashed, it threatens to destroy an entire university. See this with someone you love so they won't have to suffer through another night of the dreaded Two-Person-Code!

1 in 10 - See that man? He's different. He makes remarkable statements, boasts incredible intelligence and successfully demonstrates his claims. But he has something normal men don't - the incredible power to erase your memory, leaving only facts he wishes you to retain. Now even the simplest card tricks hold dreadful intensity. WARNING: This routine contains powerful concepts and is intended for use by responsible individuals. 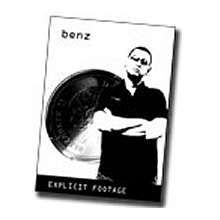 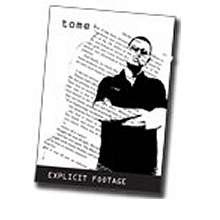