Charlie Justice and Jeff Pierce Magic are relaunching their hit DVD "Prohibition: The Ultimate Cap in Bottle Effect" exclusively through Murphy's Magic Supplies Inc. Since its initial release in 2006, Prohibition has been a best seller and allows magicians around the world to perform the cap in bottle effect seemingly impromptu! No longer needed is the setup time involved with other cap in bottle effects. Simply walk up to someone, borrow their bottle and perform a miracle right before their very eyes. This has become the legacy of Prohibition.

Flash forward to 2009 where Charlie Justice has not stood on his laurels. He has taken all the things that made Prohibition great like the impromptu nature of the effect, the ability to borrow any bottle and to have everything examined before and after and come up with some new ideas and moves to make the Cap Trap effect even better, and it's FREE!!!

Included with every Prohibition DVD is a second bonus DVD called "Prohibition Provisions". On this full DVD you'll find:

"Hints and Tips" which includes: 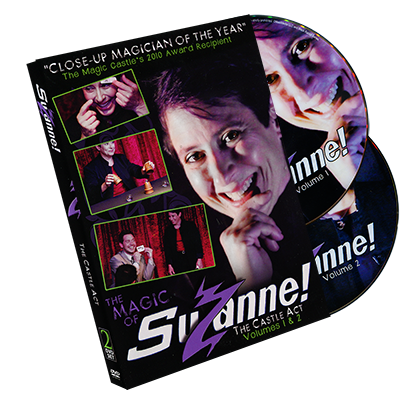