Standing Up on Stage Volume 4 Feats of Skill and Danger by Scott Alexander
Item Number: DB6764 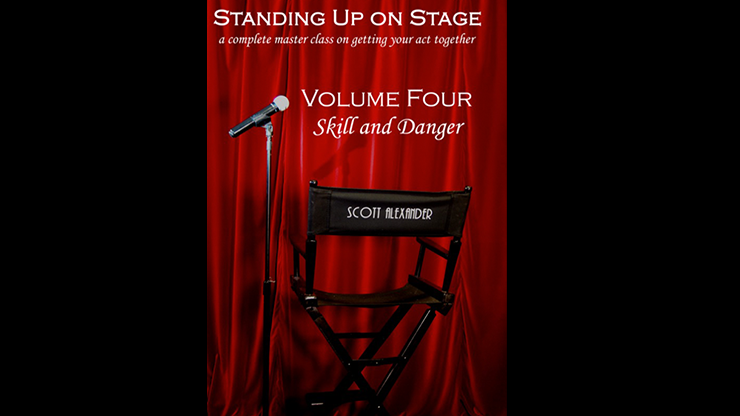 In this fourth of five volumes, Scott teaches you how adding elements of both skill and danger can effectively enhance the mood, tone and pacing of your show. In the Director's Guide section, Scott discusses musicality and how to effectively use music in your show to enhance the audience's enjoyment. He also covers sound and playback systems as well as microphone technique. In the Character Development chapter, he emphasizes the importance of sincerity, authenticity, vulnerability, and emotional hooks, and how to get these valuable feelings and emotions into your performances.

MATCHES MELT
Terry Seabrooke's Cigarette in Coat gets a clever and politically correct update for a modern audience suitable for adult or family shows.

NEEDLE THROUGH ARM
Explaining how magicians create realistic illusions, Scott shares his easy and diabolical way to pull this unsettling act of danger off right in front of the spectator's nose.