Denny Haney: OUT OF THE BOX by Scott Alexander
Item Number: DB9420


Denny Haney: OUT OF THE BOX by Scott Alexander

This project was a massive undertaking and no stone has been left unturned when it comes to Denny's life, legacy and the magic he performed over his career. See vintage clips of Denny as young man and how he developed through this career, performing in colleges and universities, and ultimately to six-figure high end corporate events. He performed everything from Close Up Magic, Manipulation, Stage Magic, Illusions and Stand Up magic and his signature style of performing is all here in this four volume set. Spend some time with the man who helped so many through this historical tour through vintage footage unearthed from the vaults of time.

See what made Denny such a likable performer. Denny always said, "It's not what you do, it's how much they like you while you're doing it." After watching how he handles his audiences in this four hour, fun filled video extravaganza, you will have a better idea of how to handle yours. 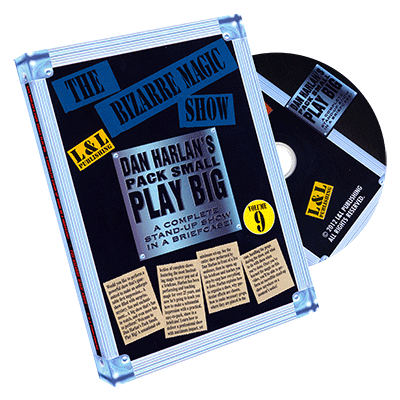