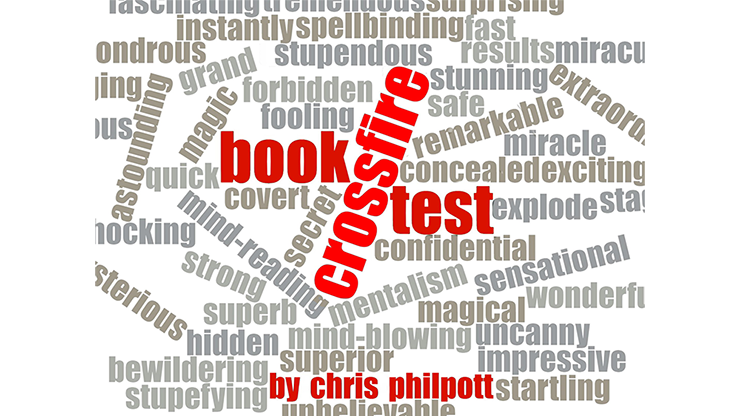 "This is an excellent effect! Crossfire gives you a great surprise reveal at the end, making it different from any other book test. So many ideas come to mind for how we can use it!"
- Jeff Evason (The Evasons)

"When I saw Chris perform this at the Magic Castle, I told him to keep this for himself. It's literally a standing-ovation-causing show closer! If you are a serious student of mentalism, Crossfire is a must have. Get it!"
- David Blatter (America's Got Talent finalist)

"The Crossfire Book Test is so clean and clever I ordered it before I even finished reading the original ad copy. Chris Philpott has created something that will stun and delight an audience and, like all good movies, there's a moment of seeming failure before the heroic triumph. I can't wait to put this in my show. The hard part will be in appearing to be humbled while knowing the knockout finish that awaits. This is epic mentalism!"
- Bruce Gold

"I love the 'hidden' revelations that are out there, and the audience doesn't see it until you show them. Crossfire is a great book test for workers. Looks like I am going to put this book test into my act."
- Lior Manor

Crossfire is a fast, clean, and stunning new book test, in which you read the thoughts of between 4 and 8 spectators (no process, no writing and no fishing!). This not only features some incredibly clean mind-reading, but also features a surprise twist kicker ending!

The performer shows a copy of one of the most magical books ever written: Peter Pan. Every page appears different (they are), and ungimmicked (they are not). The performer riffles through the book - a spectator calls stop; the performer stops exactly on that page and has the spectator remember a word (no peeks).

Then, in a manner similar to the multiple card selection (one of the greatest effects in magic), between 3 and 7 more people also call stop as you riffle, and they think of a word.

Without asking a single question, the performer quickly rattles off several details about the word: "I'm getting nothing. Maybe that's the point. I'm sensing an absence, something missing..." He writes a word on a white board or pad. He asks the spectator to name her word: "Lacking". The performer shows his board: he has written "Lacking".

But as he moves on, he faces some difficulties: some people are resistant to mind reading. Half the words are nailed quickly and precisely, but with the others, the performer can't seem to name the precise word although he always gets close (like saying "Leg" instead of "Limb", "Cask" instead of "Cork").

In the end, he's only got half the words right. But then in a surprising revelation, he shows he's predicted all the other words as well (see video for details).

While the book is small enough to fit in your back pocket, the effect is big enough to wow a large theater!

The copy of Peter Pan appears identical to the one used in The Tossed Out Book Test ("Frankly, if this had been mine, I would not have sold it, but kept it for myself." - Richard Osterlind), so the two effects can be used together.

"Chris Philpott's Crossfire Book Test is a thing of beauty! This kind of prop is right up my alley. Using a very classic idea (but one not produced before in this way) you are able to read the minds of 4 to 8 spectators as cleanly and directly as possible. Actually, you can just do it with one or two if you like. See, this is what I love so much about it. It is flexible and allows you to tailor the presentation to your own needs and style. The books themselves are perfectly produced and look just like what you would find on the shelves of Barnes and Noble. There is no way you can fail to stun your audience with Crossfire if you pay attention to the fully explained instructions that Chris has painstakingly laid out. Here is a totally professional piece of equipment that, if you are a serious mentalist, you cannot afford to be without."
- Richard Osterlind 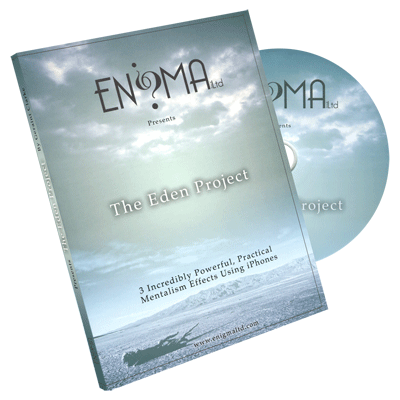 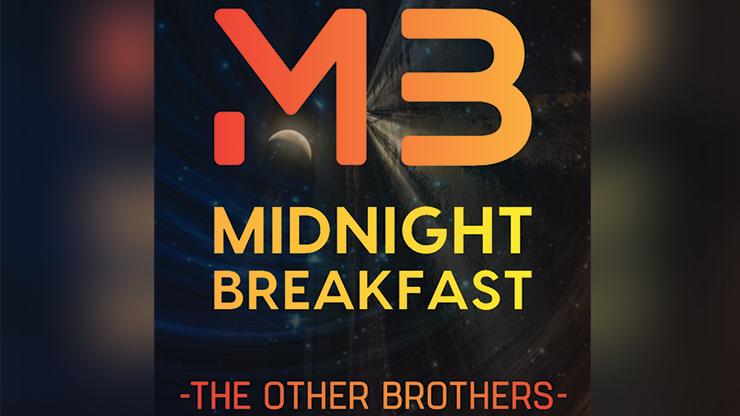