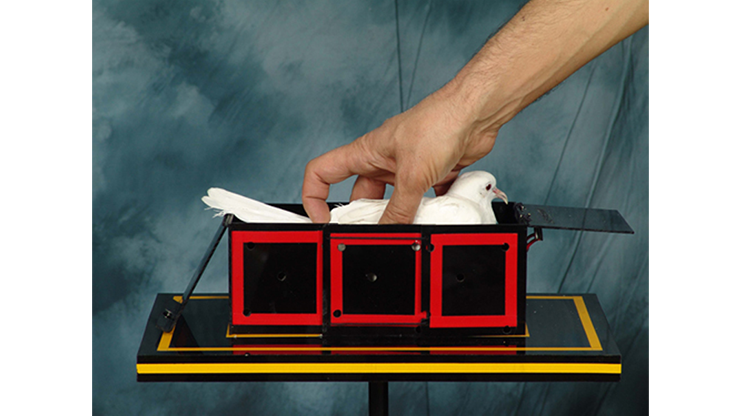 A dove is placed into a shrinking box, the box is impaled several times, and the dove is magically unharmed!

A box on the magician's table is made of three sections. Its left and right sections are movable and the center one is fixed. The box's size is exactly the size of one dove. The magician opens the box's door and places the dove inside. Then he pushes the left section into the center section, making the box smaller.

Now he does the same thing with the right section, too, making the box even smaller than before. Two sections are now in the center -- the volume of this box is now a third of what it was at the beginning. To show that the dove has vanished, the magician points to 5 silver bars in the base and 5 holes in the center section (4 holes around the box and 1 center of the box). The magician puts all 5 bars through the holes, then rotates the table to show spectators both sides of all bars.

After that, he pulls out all bars from the holes and also expands the left and right sections of the box by be pulling them out. The magician opens the box, and the beautiful dove has returned, unharmed! 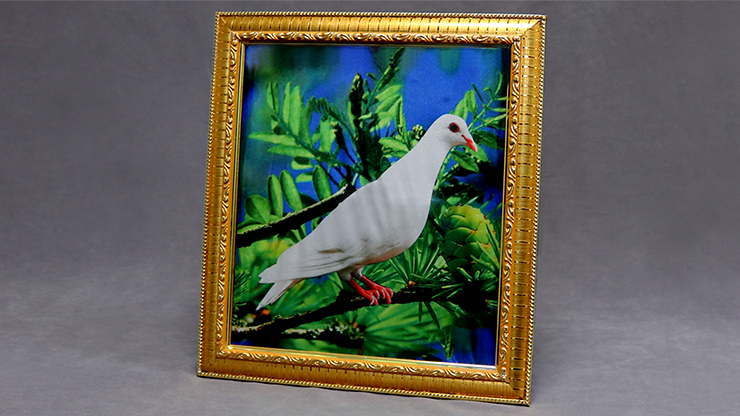 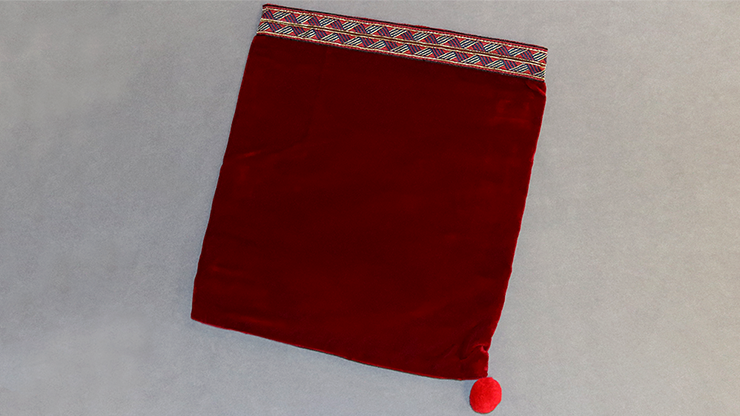