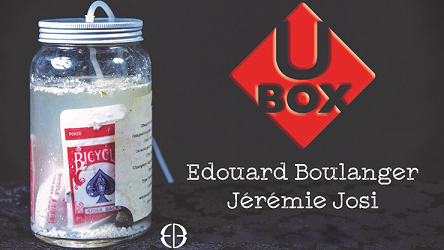 U Box the best card case created by Edouard Boulanger and Jeremie Josi.

During one of our meetings Jeremie presented me with a card case offering many possibilities. For my part, I had developed for several years a case with multiple functions. Two completely different but complementary principles. We decided to merge our cases to offer you the best box on the market.

The U Box is a real Swiss knife. With more than 7 functions, it offers you endless possibilities.

Delivered in its case and accompanied by a video support of more than 40 minutes.

Change of sight or delay card: Change one or more cards at the time of your choice.

Appearance and disappearance: Make cards or coins or other small objects appear or disappear inside the U Box.

2 different eye cards: Perfect for mentalists. 2 clean ways to steal information. Place a playing card or written information in the U Box and read it secretly.

Loader: Load one or more cards by placing your deck of cards in the U Box. The Charger is triggered mechanically. You decide when you want to charge. You can also get rid of one or more cards with this principle.

Placement of card (s) at the beginning, middle or end of the game: After having loaded one or more cards in the U box, you have the possibility of replacing the game in the charger case the card or cards above, below or in the middle of the game.

6 visual routines: The routines that we propose to you were built, studied and tested to be carried out in professional condition.

A variation of Imitation: Want to demonstrate simple and effective cheating? The spectator chooses a card and places it on the table face down, he mixes and examines the game well, you replace the game in the case. A magic pass and when you bring out the game, 4 cards are returned to different places in the game. Turn one by one these cards which constitute a royal flush, the spectator's chosen card is of course one like ...

A chosen and signed card is lost in the game, the magician shows the empty case to the spectator. The case is launched into the air in order to catch the soul of the chosen card. The main magicians are shown empty, he opens the case and releases the signed card ...

Two aces are put in the card case, a card signed and lost in the game will end up in the case ... between the two aces!

The magician places his prediction card on the table, in full view of all. The case is opened and the spectator's card is revealed, it is exactly the magician's prediction. 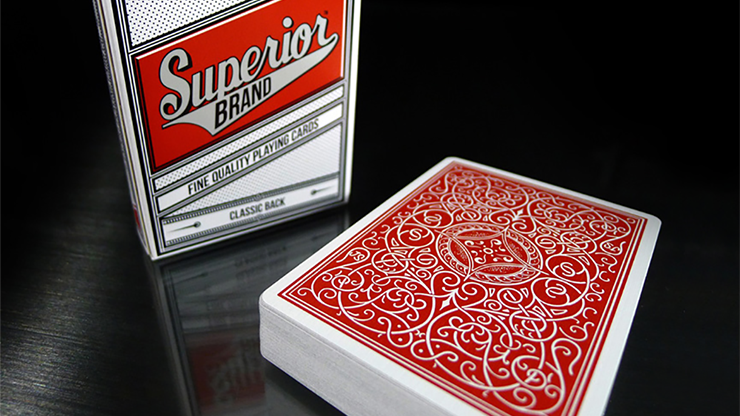 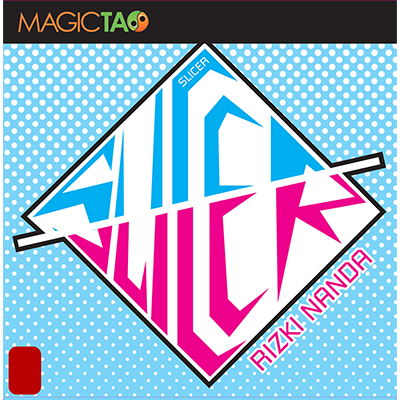