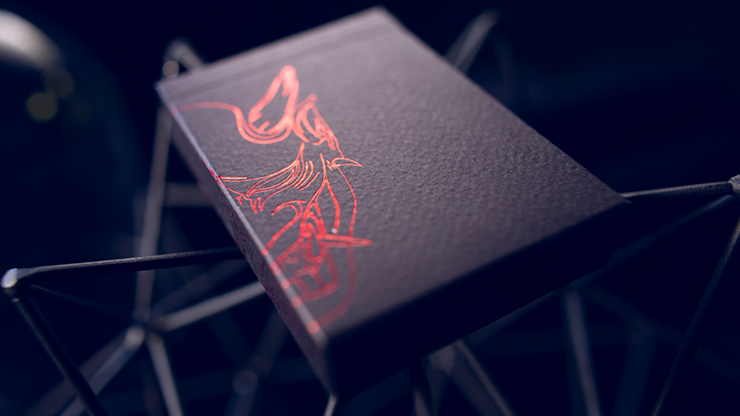 Hannyas are back! V2 is the same as V1, but now in a devilish RED foil.

Hannya Playing Cards V2 features the traditional Japanese Hannya mask, portraying the souls of women who have become demons due to obsession or jealousy - now immortalized through tattoos.

As a follow-up to the Mandala Playing Cards, Damien O'Brien has used his own Hannya tattoo as inspiration for the Hannya Playing Cards V2.

Demonic and dangerous but also sorrowful and tormented, the Hannya mask pays tribute to the complexity of human emotions.

When looking straight ahead, the mask appears frightening and angry; when tilted slightly down, the face of the demon appears to be sorrowful, as though crying.

In much the same way, the red foil mask on the Hannya Playing Cards V2 tuck case emerges from the black mat darkness and peers into your soul.

Two sharp bull-like horns, metallic eyes, and leering mouth are emblazoned with red foil on each card back. The tools of the trade are highlighted on the Jokers.

The King of Spades has Damien, himself, on this custom-drawn Court card. 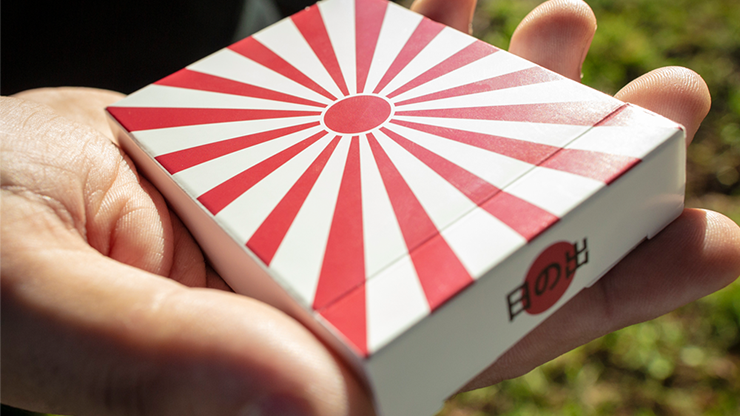 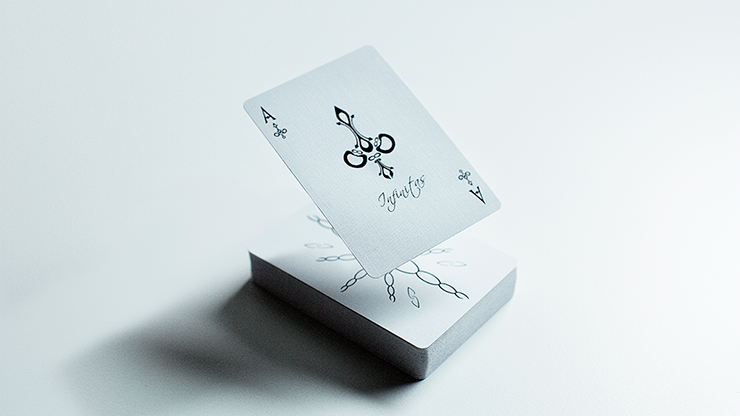 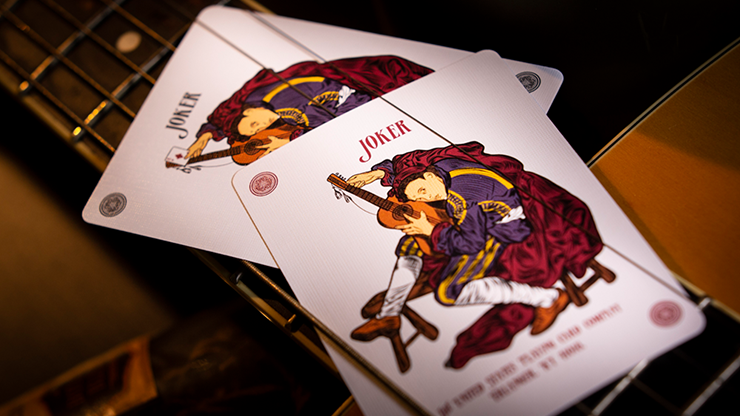 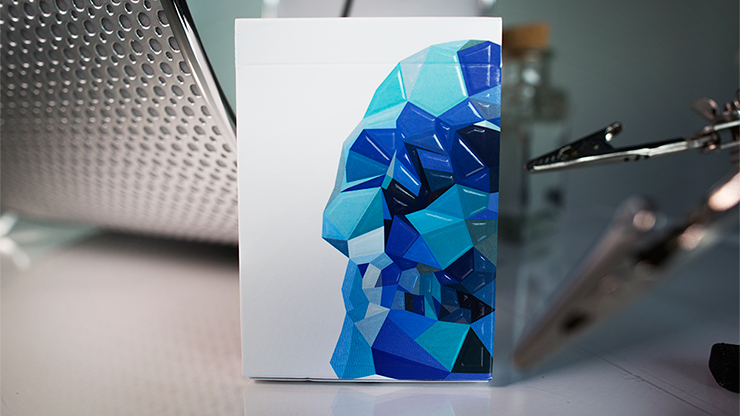