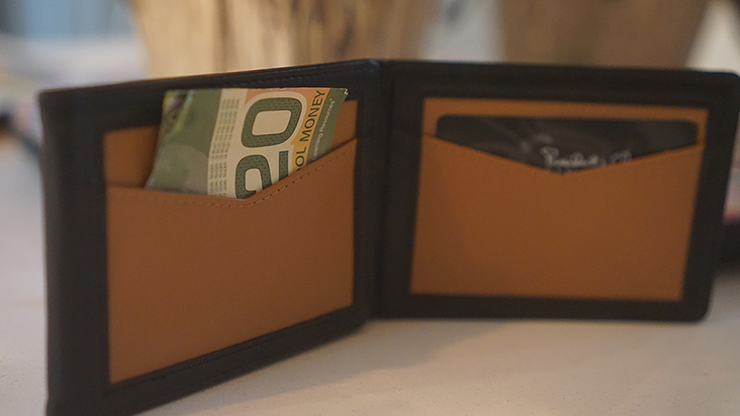 An original and visual routine using a wallet by Jim Steinmeyer.

A wallet that changes color from brown to black to red then green.

The magician reaches into his back pocket and pulls out a flat folded wallet. "Recently, I was given a gift. Look at that, it's a brown leather wallet, and it's really shiny. If you rub it with your hand, it gets even brighter." He shows the wallet both sides and mentions it is made from chameleon skin which can change color to match what the performer is wearing.

He reaches down with the wallet and touches his shoe. When he lifts the wallet again, it is now completely black. He turns it over in his hands, showing both sides.

He reaches over and taps something brown. The wallet changes color to brown again.

He then takes the wallet and presses it against something else, like a red tie, and it is now bright red. He puts the wallet back in his pocket.

Something fun and visual that you can carry with you at all times and use as a regular wallet. 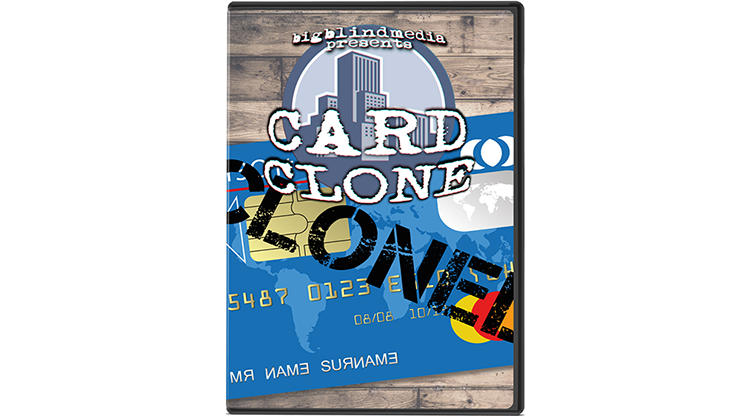 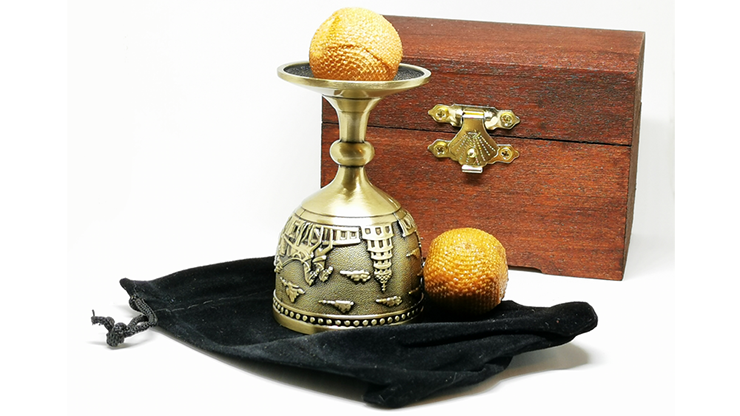 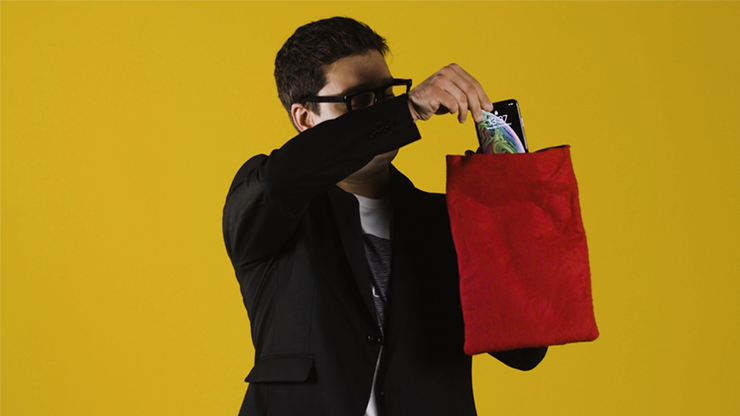